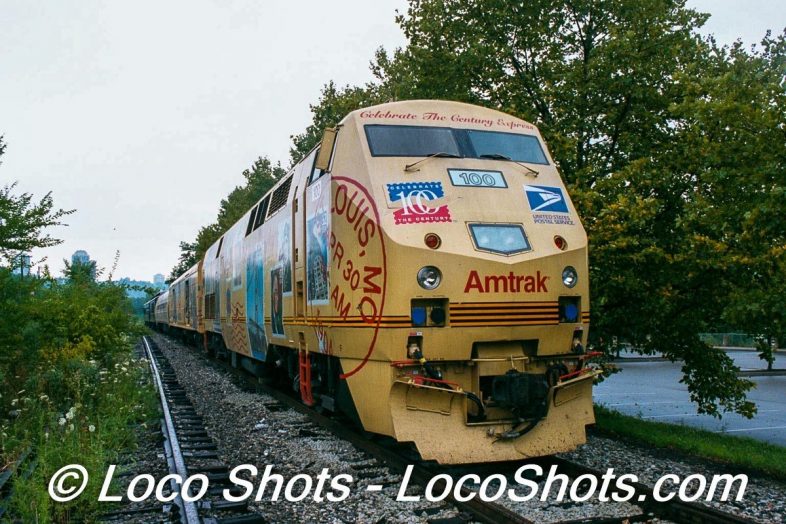 The United States Post Office promoted its Celebrate the Century series of stamps commemorating highlights of the past 100 years, with a rolling history display. This rolling display was sent on a two-year tour of the nation. Powered by Amtrak 100 — this unique train was comprised of four cars and a P-42 Genesis locomotive painted to resemble a giant package. The locomotive and head two cars featured a number of the stamps included in the Celebrate the Century series. Below are a few pictures of the train sitting on display at Friendship Park on Riverside Drive in Cincinnati, Ohio on the Indian & Ohio Railway.

I was fortunate enough to be the Road Foreman for the I&O Cincinnati Terminal in August of 2000 and operated this train from Friendship Park down to Cincinnati Union Terminal where it was then turned over to another crew to continue it’s national tour. 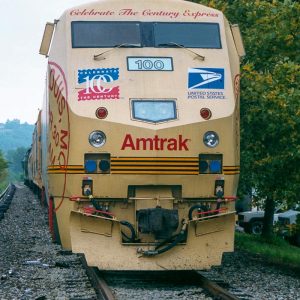 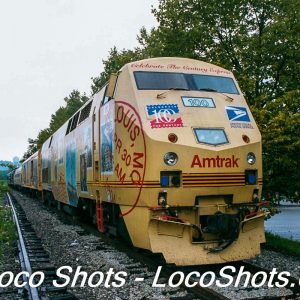 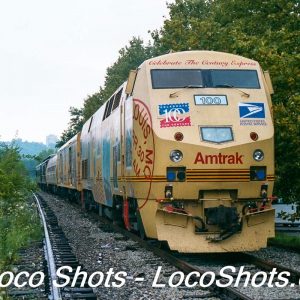 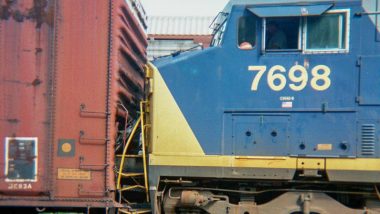