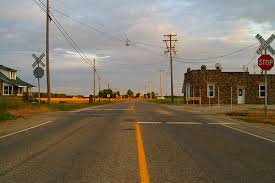 Another Day at Work

This article was originally published by Mr. Bill, Circa 1998, in a Usenet Newsgroup and subsequently republished by a few other publications. After coming home from the trip mentioned below and reading an article about a crossing accident with no mention of the train crew involved in the incident, Mr. Bill published this story of a near miss the previous day.

What Mr. Bill did not mention was the family in the white minivan. There was a female driver with 3 little kids in the back of the van. To this day, the sight of the scared eyes, and the terror within, of the toddler on the side of the van facing the train is etched into his memory. Thankfully, the driver hit the gas and avoided a collision by a few feet at most. 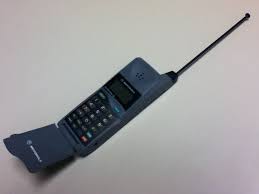 Well, another Sunday morning I can’t sleep in. I get up, take a shower, throw a snack in my grip, and head off to the yard office. I get to the yard office; check over my paperwork and consist. Three units, 8000 hp, and four dozen loaded autoracks. Damn, the third unit is dead-in-tow. Well, I will still be able to make track speed, but it will take me a while to get it up to 50 mph.

“Damn.” Got a little slow coming into that one, I ended up slowing down to 32.

I am still in Michigan and crossings with crossbucks also have a STOP sign just like an intersection. This isn’t some kind of fancy stop sign, just a plain ordinary stop sign, red with the letters STOP. STOP seems simple enough: come to a complete stop and then proceed if the way is clear. Well, at ¼ mile I watch and count the automobiles that don’t even slow down. It must be the “R.R. Xing” sign; it must change the meaning of the word “stop” to “slow down if you feel like it.” Some people it means “hit the gas.” Down to 1/8 of a mile, so far 3 cars have crossed without even slowing and two more at that least slowed down. Down to about 1/16 of a mile now, I look off to the right; here comes another car. Boy, it’s going kind of fast. After doing this a while an engineer can usually judge if it will be a tie or not. The train is about 400 feet from the crossing now; the car is not even slowing. I reach for the air and start setting the brakes, never letting go of the emergency handle….

Three hundred feet, 200, 100; the car has not even started to slow. This one is going to be close! (Don’t forget about that strange sign at the crossing that is RED and has the word STOP on it in big white capital letters.) Seventy-five feet to the crossing and the car is still not even slowing; 60, 50, the automobile starts into the crossing; 30, 20, the car is in the middle of the crossing; 10…..

Well, someone’s guardian angel was with them today; the car made it with less than 5 feet to spare. Was someone in that big of a hurry to risk their life? What about the STOP sign, it must not have applied to them. 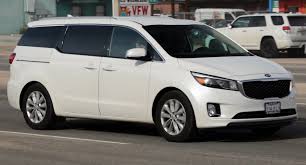 Then the thoughts go through my head, what if I would have had that third unit online, would I have been there a second earlier (the same second the car was in the crossing)? What if I would have hit the slow orders at speed and not a little bit below, would it have been a tie? What if I wouldn’t have started hitting the brakes? Maybe today was one of my better days, no one died! No parent lost a child, no child lost a parent, and everyone goes home ALIVE tonight.

I get my heart back out of my stomach, light another cigarette to calm my nerves and continue doing my job.

This situation occurs almost every day I go to work; someone tries to beat my train. Tomorrow I get to get up and do it all over again.

People will wait longer in line at McDonalds than they will for a train. Then again, maybe the stop sign was in a foreign language and meant something other than STOP.

Just remember when you say a prayer for someone involved in a grade crossing accident, do not forget to say a prayer for the PEOPLE in the cab of the locomotive, and yes, we are people, not robots or some sinister evil beings, we have feelings and consciences just like the next person. Let’s be a little more responsible!